Dr Robert Stevenson was organist and composer at Chester Cathedral in the late 1500s. Few of his works survive however there are 4 part-books (thus 4 parts remaining) of his 7 Misereres for 6-part viol consort. In March 2020, Brooke responded to a call by Loren Ludwig and Le Strange Viols to reconstruct the missing 2 treble parts. In September 2020, viol players Brooke Green, Anton Baba, Daniel Yeadon, Catherine Upex, Anthea Cottee and Annika Stagg recorded these videos of Brooke Green’s completions. This is a collaboration across the centuries! This project was made possible thanks to our generous donors through the Australian Cultural Fund and the Sydney Community Foundation Women Composers Fund.

On 3 April 2020, Brooke Green was awarded the 2019 Jonathan Blakeman National Composition Prize for her work From The Heart.

Brooke Green and Imogen Granwal talk about preparing for Voices from the Margins a concert of music by Brooke Green, ahead of their Wellington performance on 5 July 2019.

In June 2019, Camerata include Brooke Green’s Reza Barati as part of their 6 concert tour of Queensland

On 13 and 14 July, 2017 Brooke Green’s Reza Barati was performed by Camerata in Brisbane and Toowoomba as part of the Queensland Music Festival. This is a new arrangement for cello, percussion and string orchestra.

See below for the performance with cello soloist Katherine Philps: 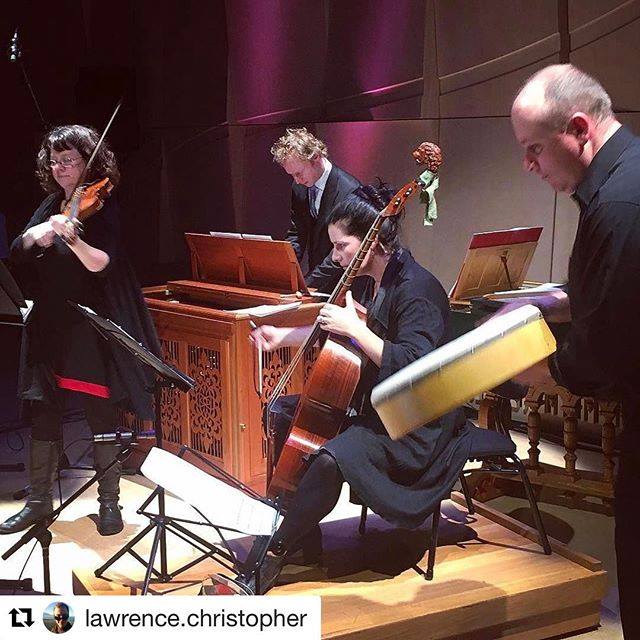 On 6 May 2017, Reza Barati was part of a performance by Latitude 37 at the Melbourne Metropolis Festival. This is an arrangement for bass viol, organ, violin and drum.

“…Reza Barati…was moving and powerfully realised by the ensemble.”

See below for the performance with bass viol soloist Laura Vaughan:

Reza Barati was a 23-year old Iranian asylum seeker who was killed in the Manus Island Regional Processing Centre – Australia’s detention centre in Papua New Guinea. This is Brooke Green’s tribute to Reza Barati as well as an imagined depiction of the events leading to his death. The soloist part was originally written for Lisa Terry who performs here in the Tutors Concert at the Australian Viola da Gamba Society, Easter Viol School, 2016. 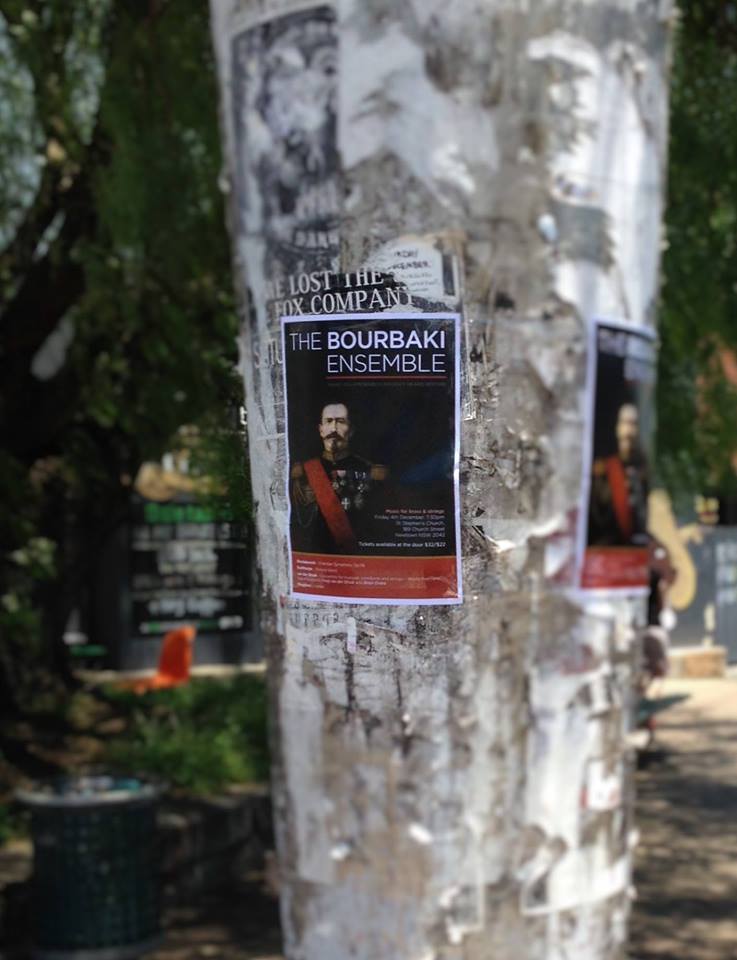 We just completed our final recording session for our debut CD where we recorded Bone-Burning Tunes based on poetry by Dorothy Porter, including her mesmerising Emerald Leopard. 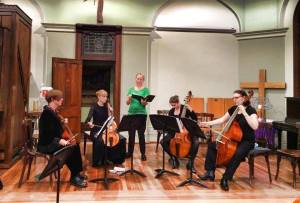 Josie and the Emeralds rehearsing at MLC Burwood for a performance of Brooke Green’s Bone Burning Tunes based on poetry by Dorothy Porter.

The Hilliard Ensemble and Consort Eclectus, photo by David Durance 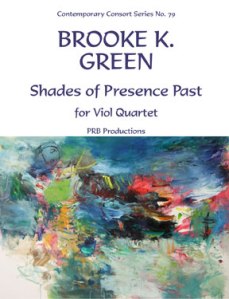 Brooke Green: Shades of Presence Past

Brooke Green’s Suite for Viol Quartet Shades of Presence Past is now available from PRB Music. Hear it on The Emerald Leopard CD by Josie and the Emeralds on Tall Poppies 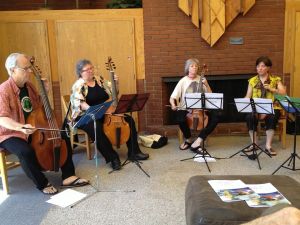 Against the odds…we did it!

Brooke Green’s The Shades for Viol Quartet is one of four prizewinners and wins Audience Prize at the Tenth International Leo M.Traynor Competition for New Music for Viols. Available for purchase from The Viola da Gamba Society of America 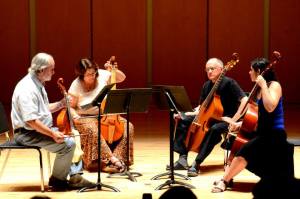 Tuning up for The Shades Premiere Performance at the Traynor Competition 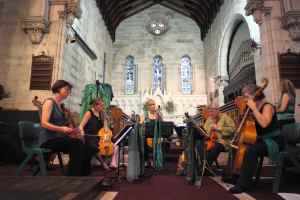 “It is easy to become a fan of the group Josie and the Emeralds. Gigs see the group celebrating their identity as a modern viol consort in all senses of the term….

Timely Paschal drama was reflected in the music chosen and was dazzling in the capable voices of the group’s vocalist Josie Ryan with guest soprano, Belinda Montgomery. The staging and delivery of Guillaume Bouzignac’s motet Ecce Homo featuring Pontius Pilate in the pulpit and a bloodthirsty crowd at altar steps below was riveting…

Josie and The Emeralds
Press Release for Traveling to the Question concert, Saturday March 23.

What do Nick Cave, Hildegard of Bingen and Martin Heidegger have in common? The viola da gamba! Or more specifically, five violas da gamba and two sopranos. Woven together in a newly commissioned work by Brooke Green, Traveling to the Question will premiere at a special performance by Josie and the Emeralds presented by the Glebe Music Festival.

In one of the first concerts in the newly renovated Glebe Town Hall, The Glebe Music Festival presents Josie and the Emeralds in Traveling to the Question: Renaissance and contemporary music with two of Sydney’s most beloved early music sopranos, Josie Ryan and Belinda Montgomery and Sydney’s premiere viol consort: The Emerald City Viols.

After their second triumphant appearance at the Glebe Music Festival, Josie and the Emeralds are presenting a special concert with the celebrated U.S. viola da gamba player, Mary Springfels. Mary Springfels is one of the most sought-after viola da gamba players in the U.S. and this will be her only concert appearance in her brief visit to Sydney. For this concert Mary will perform as soloist and as co-musical director with Brooke Green.

Josie Ryan and Belinda Montgomery are two of Sydney’s leading early music sopranos and this is a rare chance to hear them sing together.
The Renaissance part of the programme is both sacred and secular, including sumptuous music for Lent and Holy Week, a Palm Sunday masterpiece, heart-rending madrigals and witty, fascinating, brain twisting instrumental music by Weelkes, Jenkins, Tye, Parsons, Picforth, Byrd and Hume.

On the contemporary side, Josie and the Emeralds will perform some of Brooke Green’s recent work as well as two premieres. L’esprit rigole completes her suite for viol consort that was partially premiered at the Glebe Music Festival in 2012. Traveling to the Question, for two sopranos and five viols is a commission where Brooke was asked to reference the work of Hildegard of Bingen, Nick Cave and Martin Heidegger. How could one even think of combining these seemingly incompatible elements? Come along to find out! 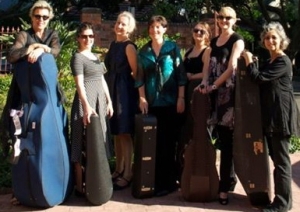 Critical acclaim for Josie and the Emeralds

‘the viols wrap around each other as lovers, entwined in a sensual dance of melody and meter.”

“…the ensemble allows us to savour Gibbons’ talents without distraction, since its members communicate his compositions not merely flawlessly, but resplendently…”

“Ryan’s vocals clarion, yet superbly controlled, defined and refined,
with no shrill or sharp edges.”

“In Edwards and Kats-Chernin we’ve two of our finest treasures, but another came to the fore in this concert, in the eccentric and daring compositional skills of Green herself.”

Review of Gibbons and the New: Josie and the Emeralds, Glebe Music Festival, 2012, by Brad Syke, Australian Stage 08/01/13